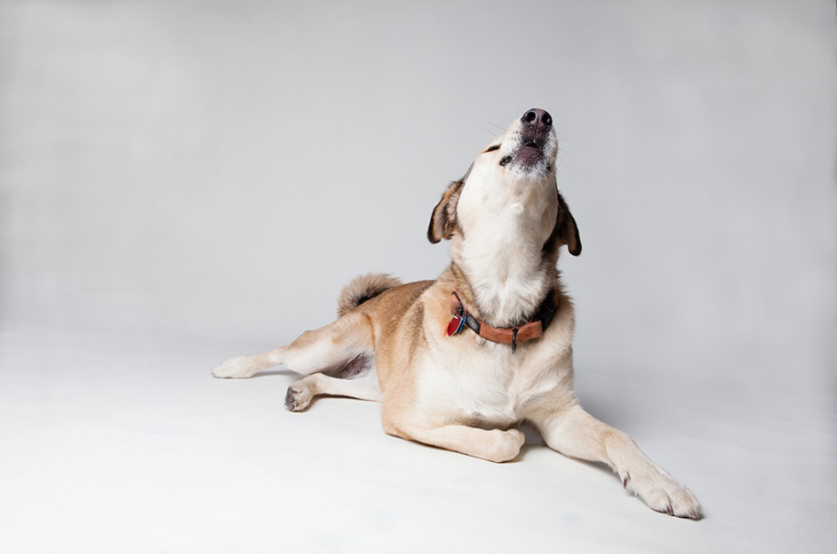 Are you curious to know why your dog howls? And why they howl mostly at night? The easiest explanation is that dogs are descended from wolves and still carry some wolf characteristics. However, there are many other reasons why dogs howl. No matter where you live whether it’s in an apartment or in the country, the chance is that you’ve had the experience of being outside at night and hearing the unmistakable sound of dogs howling in the distance. Let’s take a look at why.   One of the main reasons why dogs whine or howl is because of stress. This is a sign that your dog has reached his stress threshold, whether that’s from a too-long walk or simply because he’s over the training exercises you are doing with him.
For many dogs, being left alone causes severe anxiety. Although some may act out by terrorizing the house and chewing anything in sight many may howl for hours on end until they are reunited with their owner. You can slowly condition your dog by leaving them alone for longer and longer periods of time in order to get them used to their own company. This is especially important for new puppies as they need to know that there won’t always be a human around to cuddle them and pay them attention.
Interestingly, dogs who suffer from chronic pain will almost never whine or howl because of it. However, a dog suffering from acute pain, such as a sharp pain related to arthritis can lead your dog to howl in discomfort. If your dog doesn’t have a condition that causes pain and is whining and howling it is best to visit the vet to find out what is going on.
In the wild, a wolfs howl is their natural way of communicating. Wolves howl to send a message to their pack members, informing them about their presence and current location. This method is used to help find other members of the pack who may have been separated. Dogs have inherited this behaviour from their ancestors.
Territorialism is other characteristic dogs have inherited from wolves. Like wolves, dogs live in a pack and defend their bounderies. This may be a pack of other dogs you may have in the house or its family pack which includes you and other members of the household. When they observe another dog or unknown person entering their territory, they may naturally trigger a howl to inform their own pack members.
When your dog achieves something or feels excited they might like to show off and receive praise. This can often come in the form of howling.  This is particularly common in hunting dogs, such as collies, Labradors, and beagles.
If you make a howling sound, it’s possible that your dog will also start howling. The same may happen if another dog howls, your dog might follow. Some specific high pitch sounds may also trigger howling, such as ambulance sirens, fire alarms or some musical instruments. One final thing to consider is that a dog howling, is just like any form of vocal expression, and has no fixed meaning, so it could be a howl of joy or a howl of pain or discomfort. This is why it is important to take note of your dog’s behaviours when they howl, in order to gauge the best response.