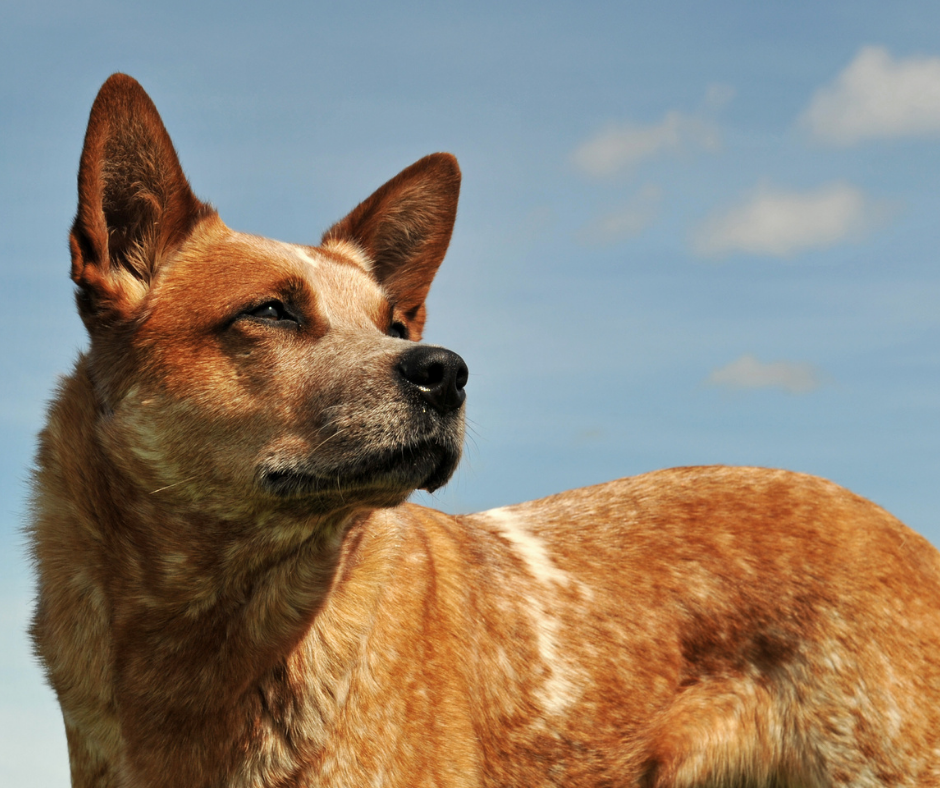 Life on the farm in Australia is hard yakka. Our land is vast, and its variable geography is subject to a fluctuating climate. Early starts, long hours and working outdoors in all weather conditions is not for everyone. But alongside the Aussie farmer is an animal that thrives in such an environment: the working dog. We take a look at two of the most renowned breeds of Australian working dogs, bred Aussie tough: the Australian kelpie and the Australian cattle dog.

Working dogs are essential workers on the land. The onset of Covid made finding farm workers a difficult task. The working dog, one of the seven group classes of dogs in Australia, became an even more valuable asset. These two Australian breeds stand out not only at home, but around the world. 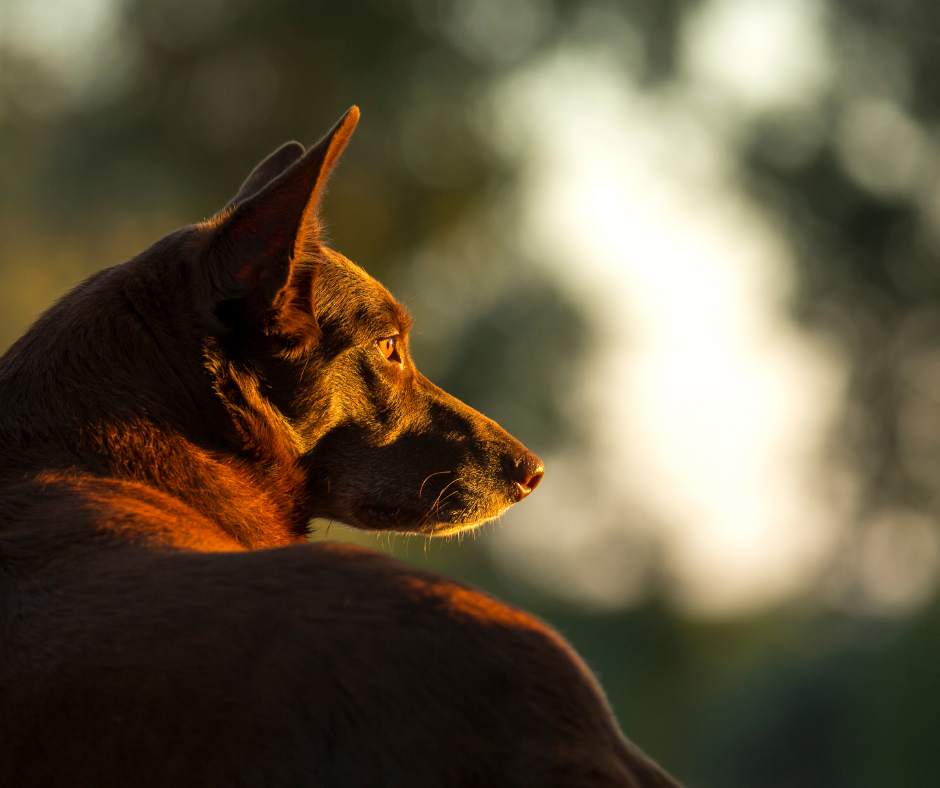 The breed was named after the first dedicated breeder’s first pup, Kelpie. The kelpie was bred in Australia from British working collies in the 1870s. The focus of breeding selection was natural herding ability and a hardworking spirit. According to The Working Kelpie Council of Australia, the Kelpie we see today can be traced back to early foundation stock, though a black dog of indeterminant origins will often be labeled a kelpie.

Despite myth and rumour, the dingo took no part in the makings of the Australian kelpie. Though there may be some similar physical characteristics, such as size and ears, scientific research conducted by the University of Sydney shows that they are not genetically related.

The Australian kelpie comes in a variety of colours: black, chocolate, red and fawn, with or without markings. They have a double coat, shed moderately and are very protective. Most significantly the kelpie is highly energetic and intelligent. Though they are good with families, they do need plenty of exercise and mental stimulation. In fact, a kelpie is at their happiest when they are working, independently mustering sheep and cattle. If they aren’t trained, mentally stimulated and exercised, they will likely resort to destructive behaviour. Read 5 Naughty Dog Behaviours for how to deal with destructive dog behaviour.

Kelpies are robust, bred Aussie tough and ready to work in any weather our harsh climate throws at them. For this reason they are used in farms and trials all over the world. And when trained these dogs are well are worth every penny. In June last year, Eulooka Hoover sold for $35,200, setting a new record.

The Australian cattle dog is the result of crossing a smooth highland collie with a dingo in the 1840s. They were known as ‘Hall’s heelers’ after the first breeder, Thomas Simpson Hall, and their practice of nipping at the heels of livestock. Hall bred his heelers until he died in 1870.

Australian cattle dogs are blue or red. Their speckled and mottled double coats shed abundantly. Like the kelpie, Australian cattle dogs are robust, energetic and intelligent. These hard workers require training and thrive when set to task. It makes sense that as pets, Australian cattle dogs need a lot of exercise and mental stimulation for them to flourish and be content. If left to their own devices or confined, they can be destructive and have a tendency to nip. This same nipping action is a mustering tool to pull sheep and cattle into line on the farm.

Not all Australian working dogs have such regard. Australian Working Dog Rescue is a non profit organisation that takes care of abandoned working dogs and tries to find suitable homes for them. The organisation states that owners who did not understand the responsibility of taking on a working breed dog ensure a steady supply of surrendered working dogs. Because they have been bred to work hard and smart, consideration must be taken before adopting a working dog.

The Australian kelpie and the Australian cattle dog are hard at work all over the world, from the US and South America to Great Britain and Europe. Our Australian breeds are reputed for being Aussie tough, able to work hard in the most difficult conditions, and for their marvellous innate mustering ability. Our national canine treasures do us proud. 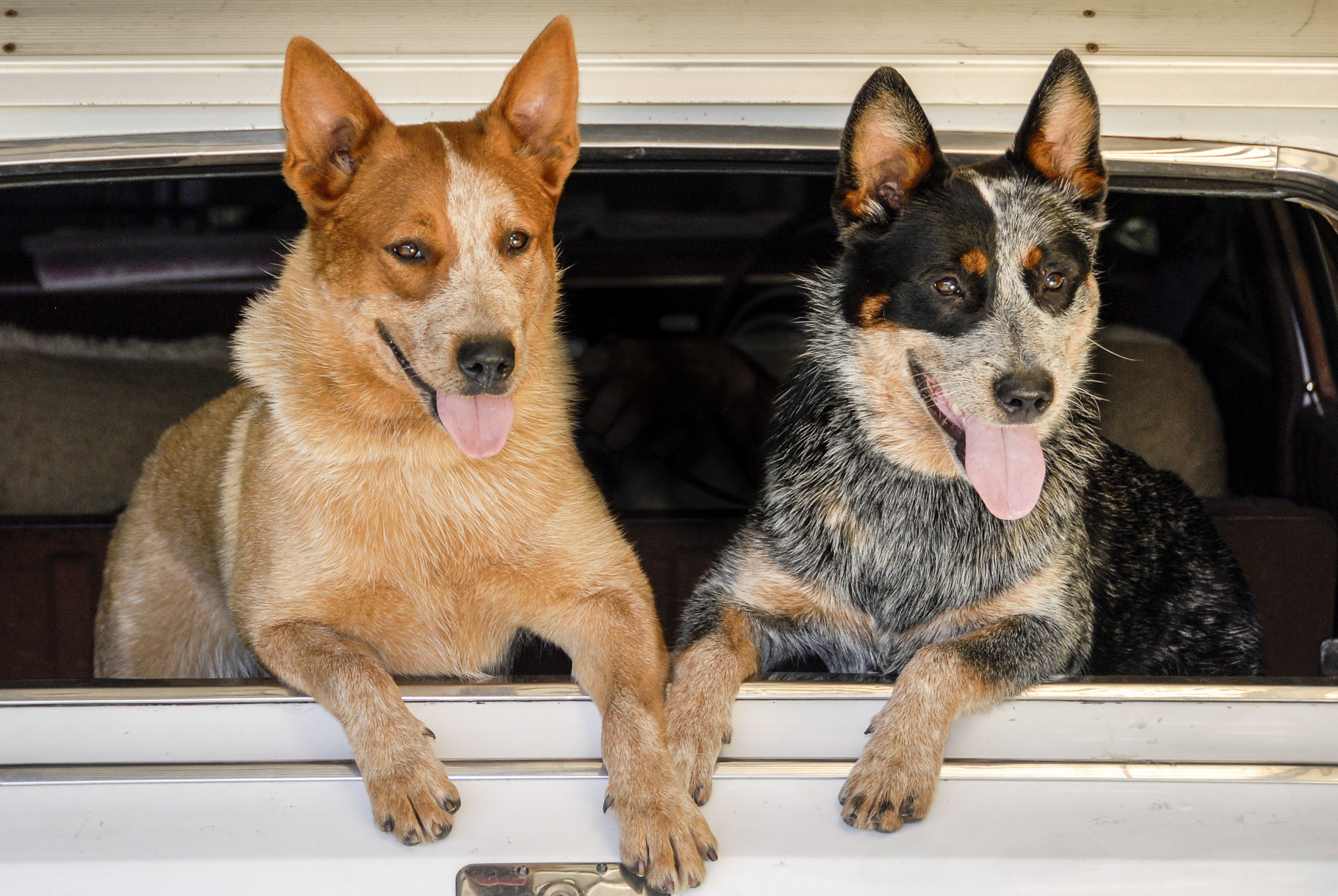