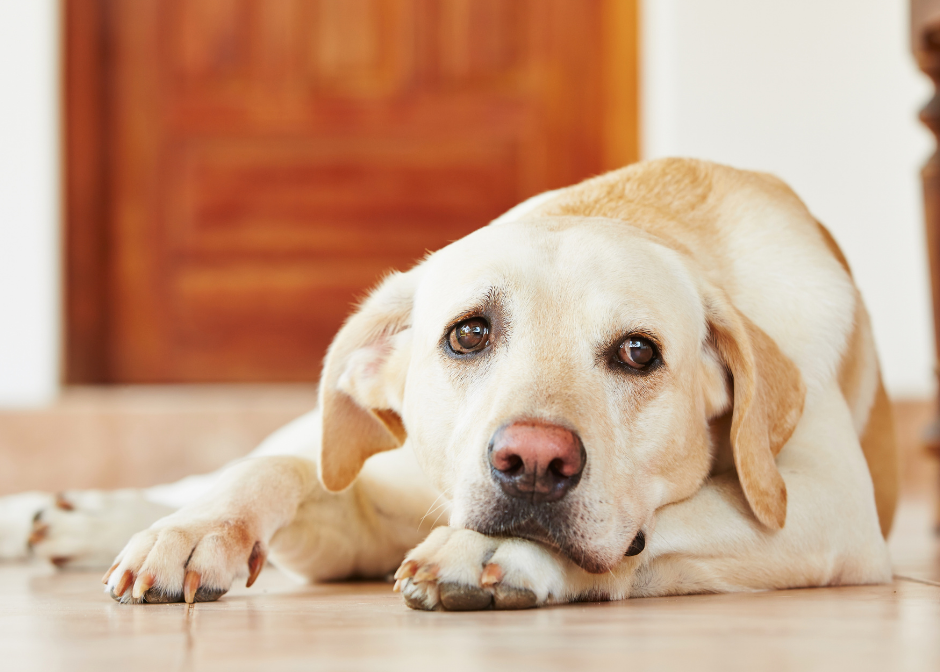 At times of danger and perceived stress, the adrenal glands release the hormone cortisol. This hormone is necessary for a prompt response to danger, to fight illness and infection, and to help with blood sugar levels. But overproduction of cortisol over a long period of time can result in Cushing’s disease, which affects dogs as well as people. We take a look at Cushing’s disease in dogs, the causes and available treatment.

Cushing’s disease, also known as Cushing’s syndrome or hyperadrenocorticism, is more common in older dogs, and in certain breeds, particularly boxers, dachshunds, poodles, labradors, beagles and terriers. Cushing’s is an endocrinological disease that can stem from either the pituitary or the adrenal gland. Adrenal glands produce cortisol in response to signals sent from the pituitary gland in the brain in response to a threat. An overproduction of cortisol is the main cause of Cushing’s disease.

Symptoms of Cushing’s disease include:

If your dog exhibits these symptoms and no other cause is found, it’s time to take them to your veterinarian. An increase in hunger in a dog may be a difficult symptom to pinpoint. In light of any other symptoms they may exhibit, it is worth monitoring your dog at mealtimes and watch for an increase in desperation and speed of eating. Read 14 Common Household Hazards for other dangers and symptoms to watch out for.

It is important to get to the bottom of the cause of these symptoms. Cushing’s disease is progressive; symptoms will worsen without treatment. A dog suffering from this disease may develop diabetes. Urinary tract infections coupled with increased urination will likely cause accidents inside the home. Escalating blood pressure and increased risk of blood clots commonly follow, causing seizures. A dog suffering from Cushing’s will pant more, and will need extra dog food and more frequent pee breaks, all of which may be disruptive in the home.

There are other conditions that produce these symptoms as well, such as diabetes or cancer. In any case, your dog will need to see a veterinarian. Cushing’s disease is diagnosed through blood and urine tests, and an ultrasound scan. According to the Journal of Veterinary Internal Medicine, a hormone test can indicate whether a dog’s Cushing’s disease is pituitary or adrenal in nature.

In some cases, your dog will need surgery. Otherwise, your veterinarian will dispense medication to control your dog’s cortisol levels.

There are three causes of Cushing’s disease; a tumour in the pituitary gland, in the adrenal gland, or it could be Iatrogenic – the result of taking steroids over a long period of time.

A tumour in the pituitary gland is by far the most common cause of Cushing’s disease. The pituitary gland is small, the size of a pea. It is located in the brain, so surgery is costly and difficult, and so it’s not common practice in dogs. Treatment is medication with regular check ups. A dog’s prospects depend upon the nature of the tumour.

An adrenal gland tumour can also cause Cushing’s disease. The adrenal glands are tiny, about the size of a match head, and are attached to the kidneys. Contained tumours can be surgically removed.

In either case, if the tumour is cancerous and has spread, a dog’s prospects vary widely. Your veterinarian will take you through their expected outcomes.

A rare form of Cushing’s disease is Iatrogenic. A dog that has taken steroids for an extended period of time may develop Iatrogenic Cushing’s disease. It is often reversible after a slow, gradual cessation of steroids. However, the condition that led to the administration of steroids will of course again become an issue. Further treatment may include medication to replenish adrenal gland hormones.

Dogs need cortisol to respond quickly to danger. But an overproduction of cortisol is harmful. Cushing’s disease won’t resolve itself. If a dog’s health and behaviour change in line with these symptoms, it’s important they see a veterinarian to isolate the cause and provide treatment. Leaving a dog with Cushing’s disease untreated can lead to worsening symptoms and a lower quality of life – the last thing a guardian would ever want for their precious pup.